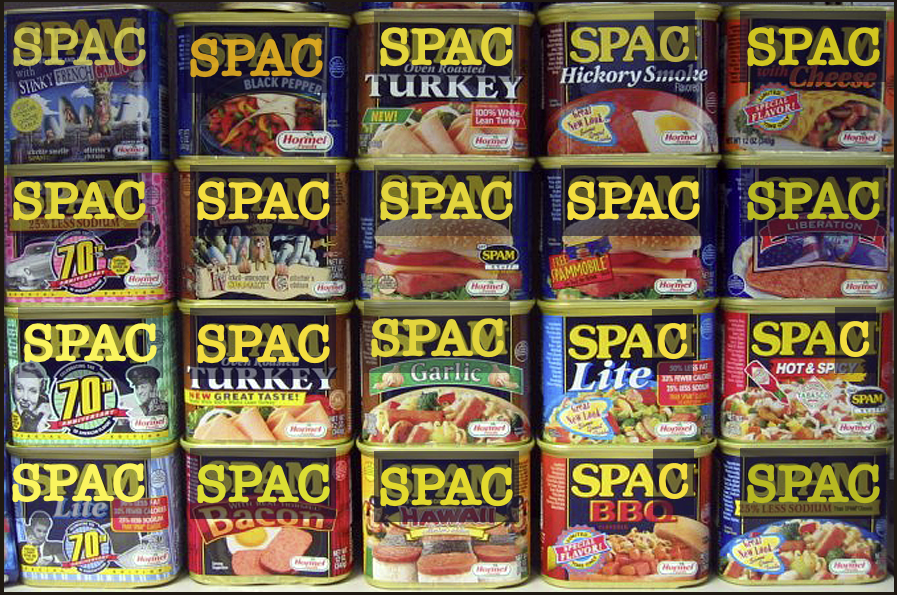 Which is better for founders: exiting via a SPAC or exiting via M&A? While SPACs are grabbing headlines, more M&A deals are actually getting done. So that makes the likelihood of actually achieving an exit via M&A more promising. But a record 450 new SPACs started trading so far in 2021, and most of them are still looking for companies to merge with. So that makes the likelihood of becoming the target of a SPAC increasingly good. Choices… choices…

Let’s look at some data.

SPACs:
Special Purpose Acquisition Corp’s have been around longer than you might realize. But it’s just recently that SPACs took off, with more than 50% of them commencing trading in 2020 and 2021 to-date (source: https://spacinsider.com/stats/): 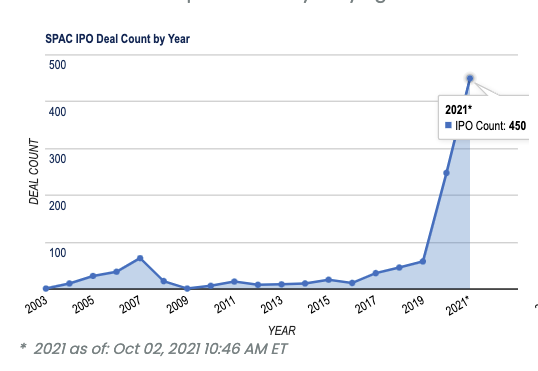 But most (most!) SPACs that are trading have yet to consummate their marriage with a target company; more than 200+ SPACs still need to do a deal within their allotted 24 months window. That’s good news for those looking to be acquired by a SPAC (source:https://advisory.kpmg.us/articles/2021/why-choosing-spac-over-ipo.html):

M&A:
The sheer volume of M&A deals is what makes this exit path so attractive for many startup companies. Especially in the technology sector, acquiring complementary companies is part of the growth plan and R&D cadence for most large corporations. Just in the US and just in Q2 of 2021, there were 978 tech acquisitions and 4,367 M&A deals overall (source: https://www.statista.com/statistics/246750/number-of-munda-deals-in-the-united-states/): 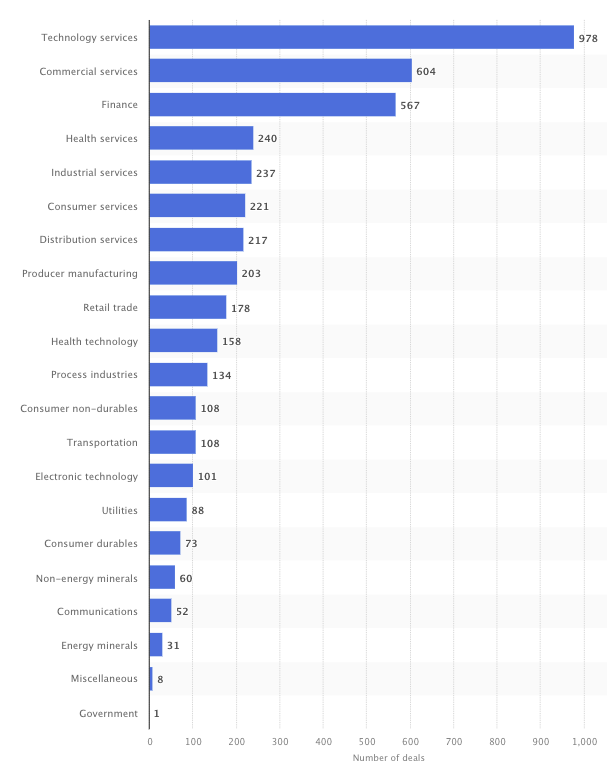 PRO & CON:
Industry statistics are one thing. As a founder, consider also the lifestyle impact of which exit path you choose: exiting via a SPAC will put you center-stage in the public spotlight. While that sounds exciting for some, it strikes terror in others. On the other hand, being acquired via Corporate M&A or a PE buyout makes you part of a larger team. You get great access to new resources, but you lose a lot of control of your company.

I saw a nifty comparison recently that rated SPAC v. M&A v. other exit types — and I put my own spin on it as a Founder Decision Matrix here: 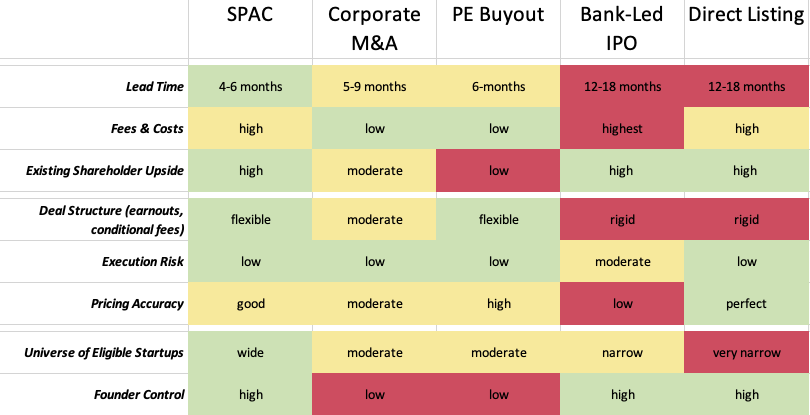 As you can see, SPACs have a lot of advantages over expensive, rigid, bank-led IPOs which are very lucrative for the investment banks but not always ideal for the company. Whenever you see an enormous first-day pop in an IPO stock price, remember that that is actually an indication that the investment bank mis-priced the stock and shorted the company of its full market value. And while direct listings achieve perfect pricing accuracy, there are very few companies with the broad awareness necessary to pull it off.

Compared to M&A, SPACs also have some advantages — the biggest one being founder control — which is one of the reasons why SPACs have become so popular. The downside is that SPACs are still going through a bit of a hype-cycle and accompanying regulatory shifts. It’s a bumpy ride.

Bottom line: it doesn’t matter if you choose M&A or SPAC exit is you don’t first have buyers interested in your company and knocking on your door. Your first job is to prepare your company for exit and attract awareness. And that’s where we can help you.

XROCKET.io is a new breed of sell-side advisory that helps entrepreneurs position and optimize for M&A and SPAC acquisition. If you know a company that is considering an exit in the 1-2 year future, reach out to me directly at m.addison@xrocket.io.